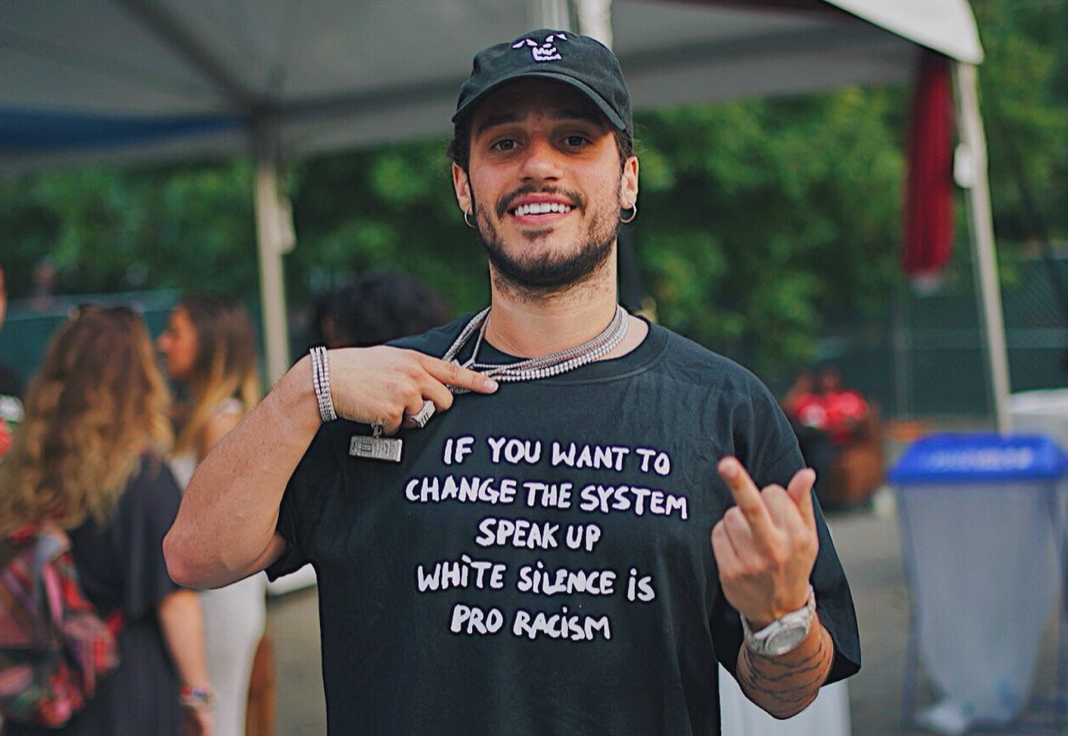 Looters Reportedly Run Off With $2.4M Worth of Watches From SoHo Rolex Store

Hip Hop has been going toe-to-toe with the corrupt police system for the past 30 years. Many white rappers have shown their solidarity in wake of the unjust death of George Floyd by the hands of Officer Derek Chauvin. It’s no surprise that Russ is also taking action because he always speaks out on injustices, especially in the music industry.

The “Best on Earth” rapper pledged to donate all of the proceeds from the T-shirt sales to the Black Lives Matter movement. So far he successfully raised over $250,000 and his goal is $1 million.

Russ challenged the labels to “Put some money up. Y’all eat off black lives everyday.”

Joey Badass also called out the record labels for their silence and exploitation of gang culture.

There’s a Black Out scheduled for Tuesday, but it’s like saying school is closed on Saturday since most drops are scheduled for Fridays now. But let’s see what they’ve got up their sleeves.

Looters Reportedly Run Off With $2.4M Worth of Watches From SoHo Rolex Store