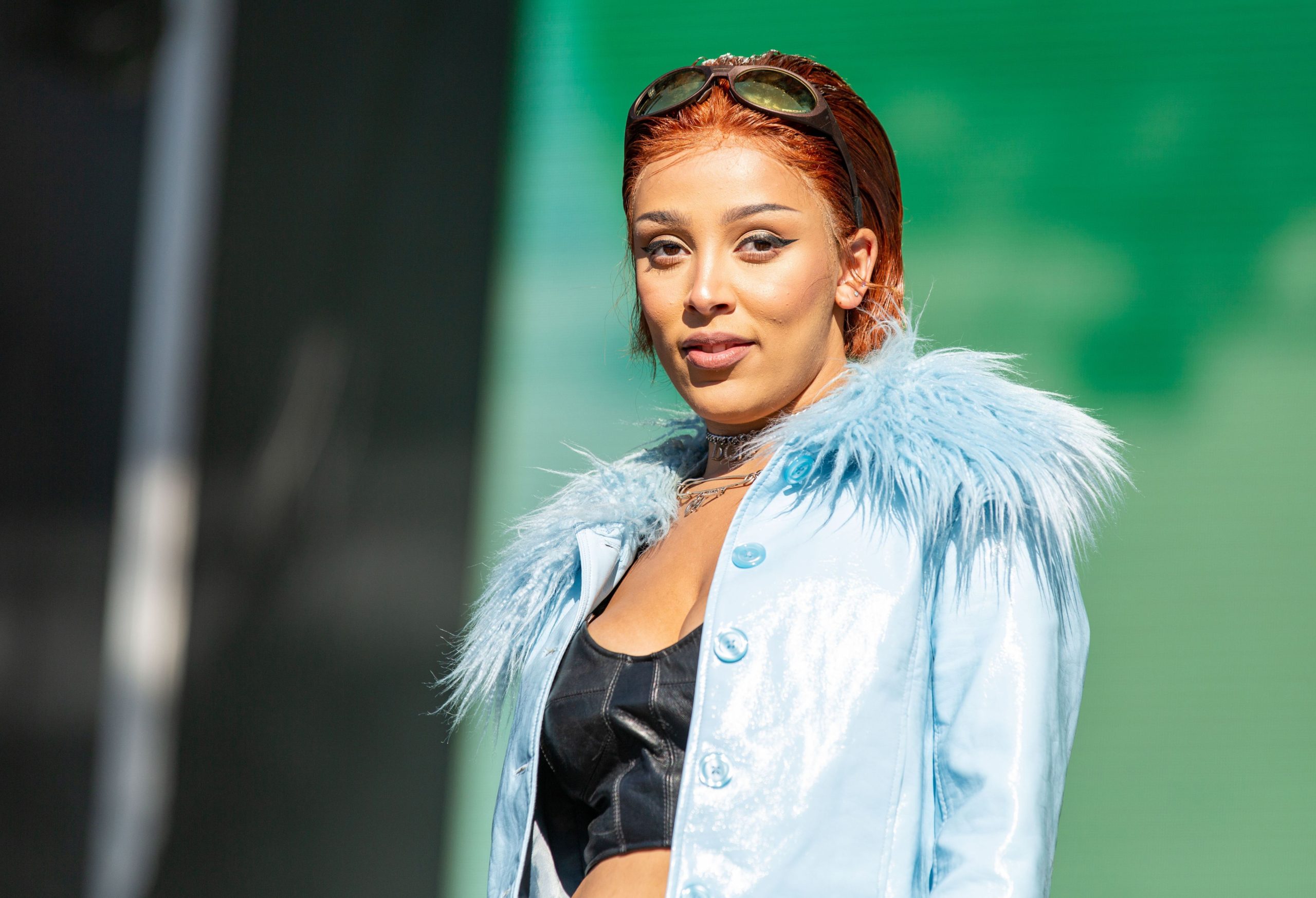 Doja Cat is defending herself and her white older male friends again.

The “Juicy” singer is defending herself against racist allegations after she was accused of being friends with supremacists.

She became a trending topic last month after securing the No.1 spot on Billboard Hot 100 with “Say So.” Footage of Doja in group chats filled with alt-right types surfaced online while saying racial slurs in an old song in 2015 “Dindu Nuffin” that resurfaced making fans skeptical she was a racist. But she is defending herself and who she hangs out with again.

“I just realized how f*****g stupid the narrative is,” she said, fighting back against the allegations her friends she hung out with on TinyChat are racist and sexist. “I just realized that. The things, the verbal harassment, the physical harassment, that I could go through being in a crowd of white supremacists, who you think I’m so good friends with. It’s f*****g ridiculous. My friends aren’t f*****g racist on chatrooms. My friends on TinyChat are not f*****g supremacists.”

Doja Cat responds to people calling her a white supremacist on Instagram Live:

“My friends aren’t racist on chat rooms. My friends on Tinychat aren’t white supremacists…and you won’t find anything on them because you’re stupid!” pic.twitter.com/pvHWp5kzik

“They love me, I love them, they’re loving and that’s it. You won’t find anything on them because you’re f*****g stupid. Your actions are stupid. You may not be stupid, you may be smart. But your actions are not telling. It just what it is. You guys are f*****g disappointing,” says Doja.

Earlier this year, Doja donated $100K to a fund set up to honor Breonna Taylor, an ER technician who wrongfully killed by police in March.

On Thursday Doja Cat released her “Like That” music video featuring Gucci Mane. Check it out here: